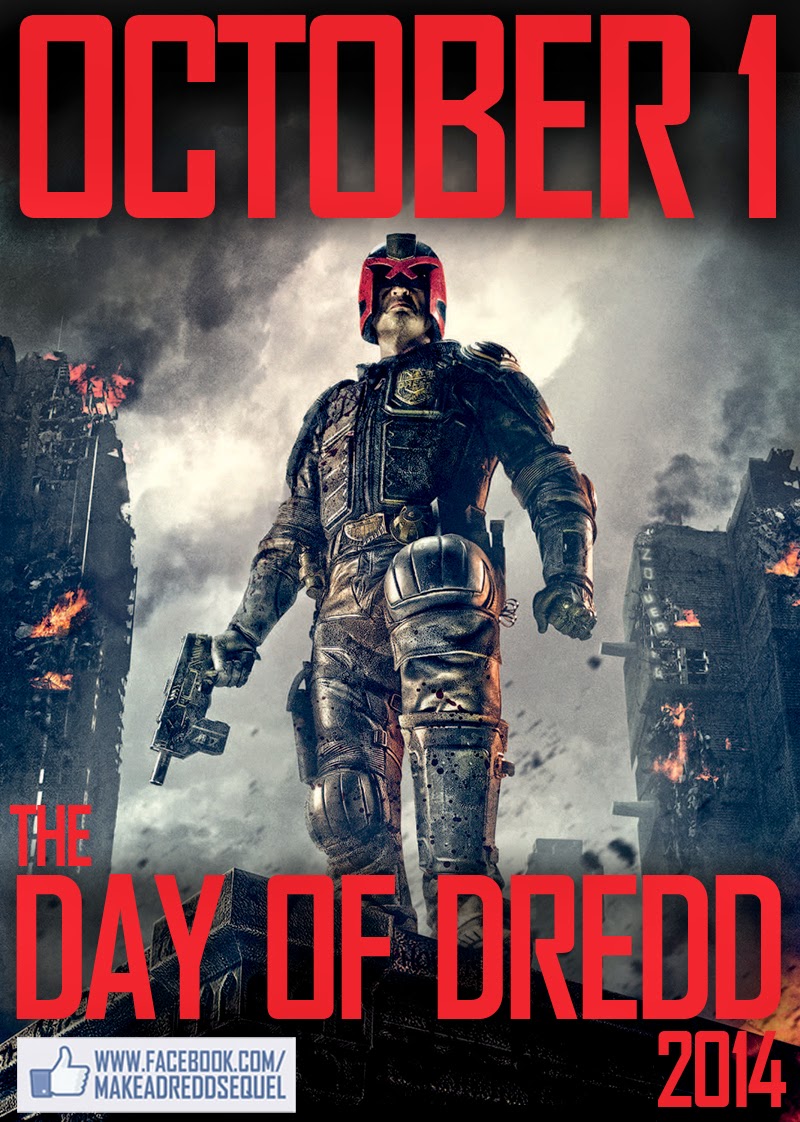 As you may or may not know, I'm a big Judge Dredd fan!  I have been ever since I first heard Anthrax's I AM THE LAW back in my early metal days and became enamored with 2000A.D.'s badass MegaCity MegaCop!

[ Respect the badge!  He earned it with is blood!]

Despite Sylvester Stallone's attempt to kill the franchise's film possibilities with JUDGE DREDD (1995), a new generation of moviegoers was treated to Karl Urban's far superior DREDD in 2012!  Unfortunately, despite amazing reviews, DREDD didn't perform very well at the Box Office.  It has, however, found new life on home video and streaming.

Is it enough for the studio to greenlight a sequel?  Sadly, not yet...

Enter:  THE DAY OF DREDD!

We want a DREDD Sequel, damn it!  What can we do about it? 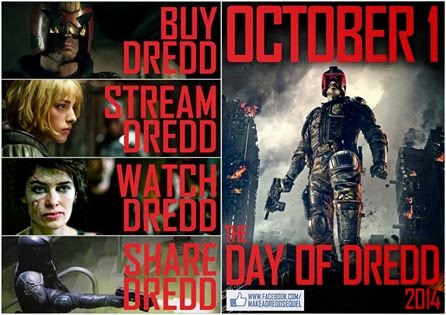 We can do this!  Let's go out there and make it happen!

Check out the DAY OF DREDD online coverage so far! 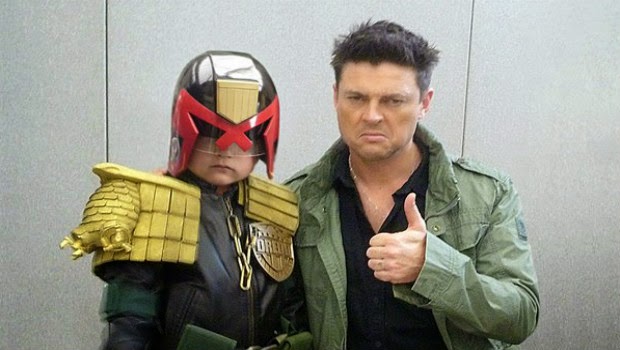