Thorsday Thoughts - TV Time, Horror Writing, The Thing and The Return of the "VS." Movie! 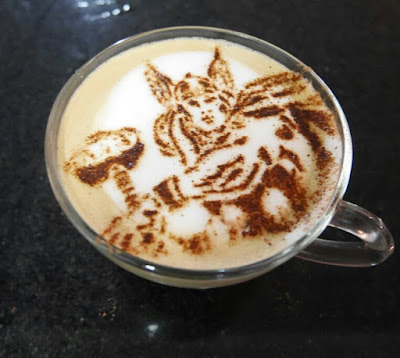 How goes it, true believers? This just in: I watch too much television. I was behind before, but now that Fall is here, there are new seasons of THE FLASH, SUPERGIRL, AMERICAN HORROR STORY and MARVEL'S AGENTS OF SHIELD to contend with. Oh, and a little series called WESTWORLD. And THE WALKING DEAD is due back any day now! How am I ever going to get around to GAME OF THRONES at this rate?  First world problems, for sure.

My horror writing continues.  My latest Pop Horror articles include:

Fun stuff!  You should bookmark PopHorror.com and visit frequently. They have some great writers over there and new horror news and features every day!

I ordered a copy of the Shout Factory Collector's Edition of my favorite movie of all time: John Carpenter's THE THING! 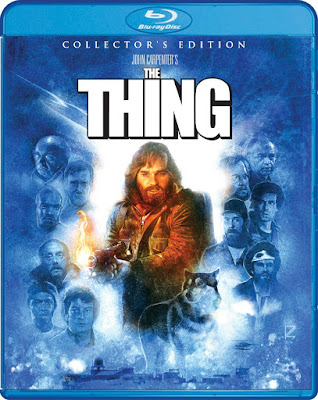 I'm so excited! It will be in hand in time for Halloween. I think it deserves a special screening on my new(ish) 4K HDTV! The special features are amazing and I hear the audio has never sounded better. A new Blu-ray Special Edition of WAXWORK and WAXWORK II is also coming out this month. It's a bit pricey, but I think it will make a great birthday present...for myself!  :)

I saw this meme floating around and it really got me thinking... 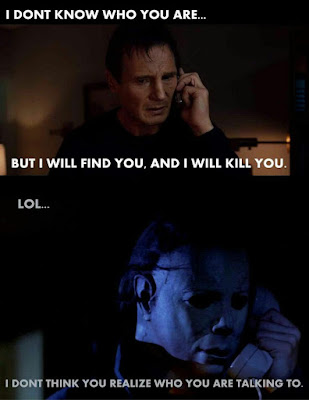 Let's bring back the vs. movies!  FREDDY VS. JASON was fun!  BRIAN MILLS VS. MICHAEL MYERS sounds amazing!  How about after JOHN WICK 2 we get JOHN WICK VS. JASON VOORHEES?  Seriously, I'd pay big money for that!  JASON BOURNE VS. FREDDY KRUEGER?  JACK REACHER VS. LEATHERFACE?  These movies write themselves!

That's all for now.  Happy Halloween (if I don't post before then)!
Share |
Posted by Kenn Hoekstra at 12:53 PM 0 comments